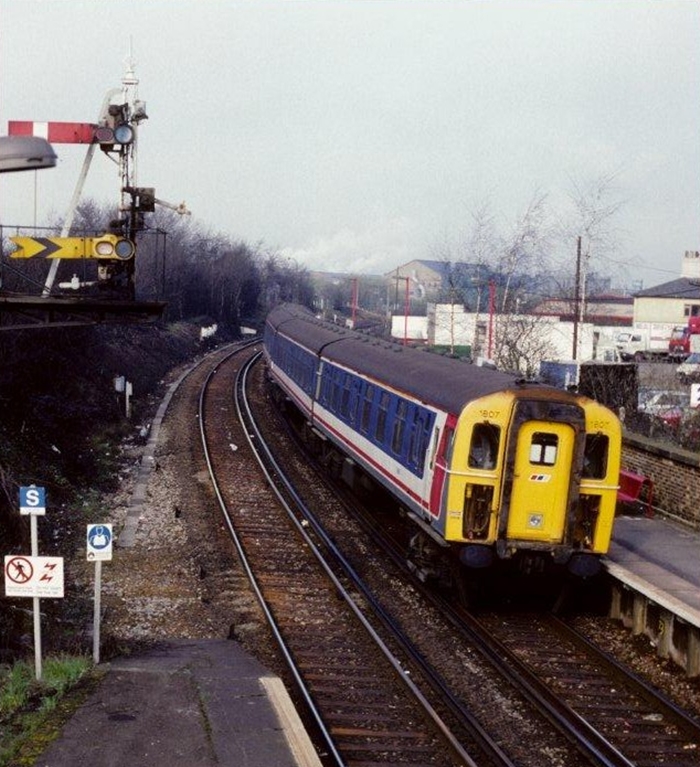 units were also a common sight by this time. © Wayne Walsh 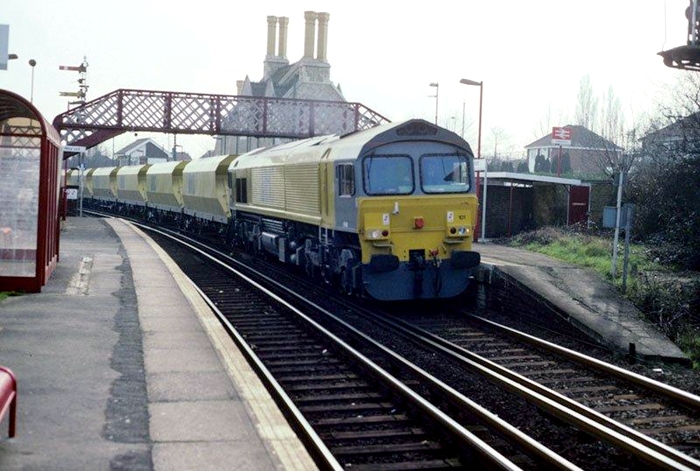 New motive power and a restored station building: ARC (Amey Roadstone Corporation) Class 59 No. 59101 eases through the platforms with a rake of identically-branded hopper wagons. This is the same Allington to Hither Green working seen in the first photograph on the previous page. Shortly after restoration, the station acquired Network SouthEast red colours, and a ''bus shelter'' had appeared on both platforms. © Wayne Walsh 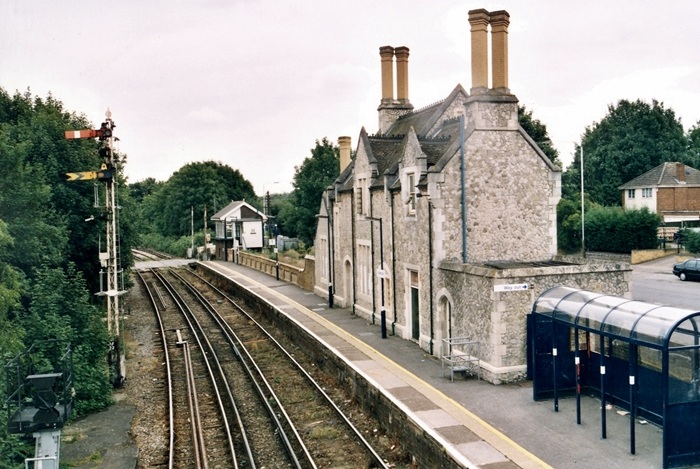 An eastward view from 2005 shows that little had changed since the night scene of 1988. A glazed waiting shelter had appeared on the ''up'' platform, but semaphore signals still reigned supreme. At this time, the main building was host to an Indian restaurant. © David Glasspool