The line's origins are also mentioned in the website's Shepherds Well section.

The charming preserved East Kent Railway of today runs a route which was once dedicated to the conveyance of coal trains. Its planning can be dated back to the early 1900s when the discovery of coal was made, deep below the Kentish chalk. The small hamlet of Shepherdswell had already received a railway connection in the form of the London Chatham & Dover Railway, whom commenced passenger services on the Dover trunk line on 22nd July 1861. An engineering team was to be lead by no other than Lieutenant Colonel Stephens, the same man who was responsible for the creation of the Kent & East Sussex Light Railway. His next railway effort would effectively follow on from the March 1900-opened Tenterden branch by also transpiring into a Light Railway.

In 1911 a Light Railway Order was granted, instigating the formation of the ''East Kent (Light) Railway'' in the same year. The concern's target was to construct a 10 ¼ mile long Light Railway, which would serve what were to become the coal pits of Tilmanstone, Chislet, Betteshanger and Wingham - Snowdon would be served by additional sidings further up the main line. The line was subsequently opened in stages throughout 1912, the coal pits coming into operation concurrently, the whole venture being funded by optimistic investors. From the outset, the colliery line was a totally separate concern from the SE&CR, and it followed in the tracks of Colonel Stephens' earlier project, the Kent & East Sussex Railway, in the sense that it was not a very profitable line. Many of the coal pits in the area in general were financial failures and despite commercial goods and passenger traffic using the East Kent branch from October 1916 onwards, its success did not greatly increase. Chislet, Snowdown, Betteshanger and Tilmanstone were the last four major pits to remain open in the area come the 1960s, by which time their respective branch lines had been absorbed into British Railways (they were never included within the Grouping). 1½ million tons of coal was produced a year from these four pits, and the branch at Sheperdswell remained in use, despite passenger services having ceased in October 1948. Closure of Wingham and the cessation of passenger traffic saw the line truncated at Eythorne, and Tilmanstone Colliery was the only coal extracting operation remaining. It continued operation throughout the 1970s and into the 1980s, but it later fell foul to the bitter Coal Miner's Strike of 1984 / 1985. Nevertheless, Tilmanstone managed to remain in use for a further two years, closure finally coming in 1986. This was not the ''end of the line'' for this very interesting branch and previously in 1985, a preservation society was formed with the aim of re-opening part of the branch when it was closed by British Rail. Known as the ''East Kent Railway'', the society embarked on an arduous restoration effort to return the course of the line to an adequate state of accepting rails. A Light Railway Order was successfully acquired, thus permitting private passenger trains to traverse the line. 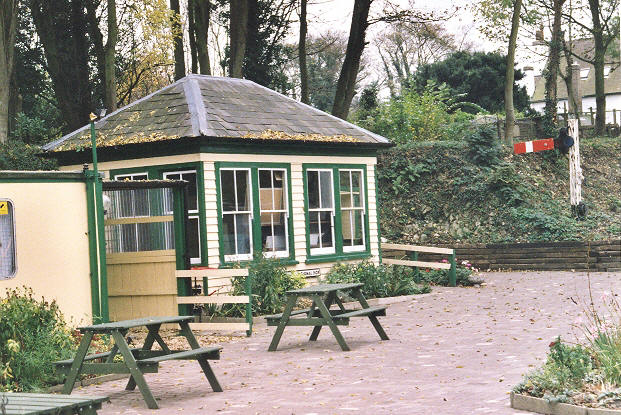 November 2004. Prominent is what used to be the top section of Barham signal box - it has now

been turned into a delightful museum. David Glasspool 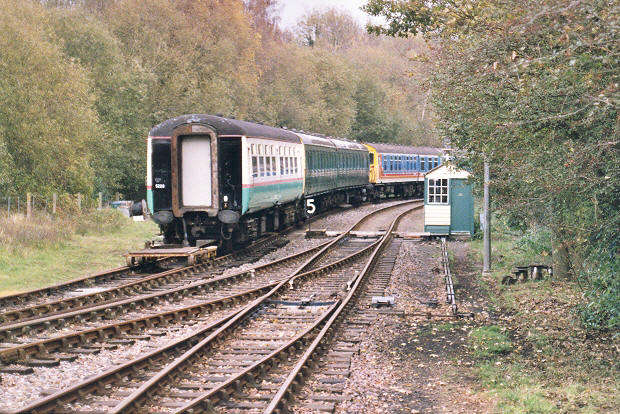 The railway was open to stroll around, but no trains were running when I visited, thus this pictorial

only covers Shepherdswell for the time being. This is a view from the platform towards Eythorne, 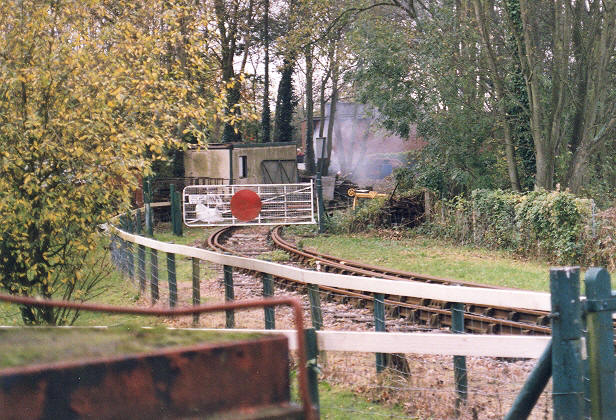 the past to bring withdrawn, and subsequently preserved, stock onto the site. Note the guide rails

in place on the tight (by standard gauge railway standards) curve. David Glasspool