Many of the earliest railway viaducts, regardless of their size, were originally constructed from timber, which, comparatively speaking, was economical and quick to erect. Naturally, as rolling stock weights increased and the timber rotted, imposing arched brick structures were brought into use, and it is likely that the towering example at Horton Kirby was brick from the outset. The viaduct saw its first trains in July 1858 when the East Kent Railway extended its line from Strood to Bromley, and comprises ten arches sandwiched within an overall length of approximately 390 foot. Located one third of a mile east of the station at Farningham Road, the viaduct became a key strategic target for the Luftwaffe during 1941 air raids, the ''Chatham'' route being instrumental in conveying troops and supplies to Dover. One bombing mission during that year did set out to destroy the mass of arches, but the explosives were, thankfully, unsuccessful in reaching their target.

In 1975 I was Assistant Station Manager at Strood, and we looked after the “bank stations” from Rochester to Farningham Road. One Sunday that summer, I was on-call, and my wife’s father and lady friend were visiting (we lived in Strood). Control rang to say there was a small fire on the viaduct at Farningham Road, and would I like to do something about it, please? Thanks!

So we drove to the site, and I – who doesn’t “do” heights very well! – walked out onto the viaduct and extinguished several smouldering sleepers, trying hard not to look down on to the pub where my wife and her family were supping pints! I am not sure what had caused the fire on the viaduct – sleepers take a bit of igniting, but I expect rubbish and cigarette ends, allied to dry weather had been effective, so just a chance mishap. I used earth and sand to smother the embers, and heard no more, so it must have been effective!

Twenty or more years later, one Friday night on my way home – now working at BRB HQ – I purchased the Evening Standard at Charing Cross. Idly looking through the comic bit while waiting on the concourse, I found a colour picture of Horton Kirby Viaduct. Hardly had I noticed this when a chap said ''hello'' – the Railtrack Duty Manager at Charing Cross, who had been Leading Railman at Farningham Road at that time! 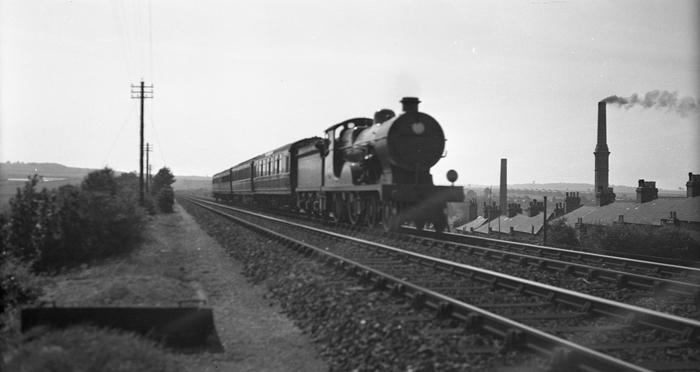 An SE&CR ''L'' Class locomotive is seen shortly after crossing the viaduct, with a Victoria to Ramsgate Harbour

service. Belching out smoke on the right of the picture is the chimney of Horton Kirby Paper Mill. 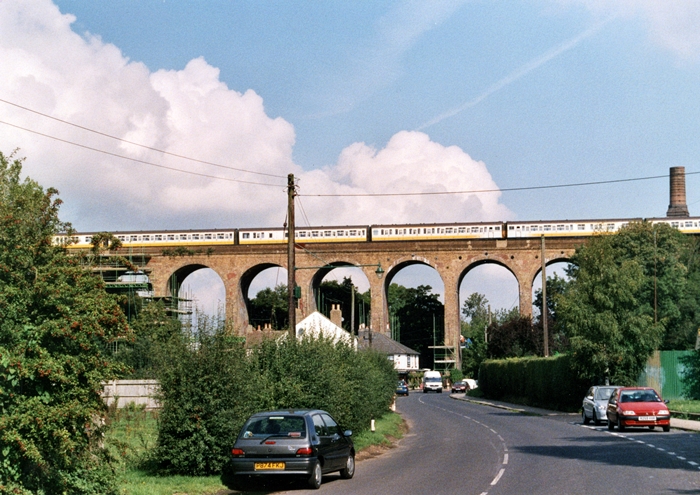