As far as the confines of High Speed 1 are concerned, this piece of traction is the sole member of its class. Known formally as a "Track Repair & Maintenance Machine" (TRAMM), self-propelled No. DX97001 comprises a single cab and crane arm situated at either extremity of a flat-bed chassis.

No. DX97001 was built in 2003 at SNCF's "Etablissement Industriel Equipement (EIV) de Brive" facility, a large complex which can be found 255-miles (410-KM) south of the French capital, within the fork of diverging routes to Bordeaux and Paris via Limoges. The works at Brive have for long specialised in the manufacture of railway maintenance vehicles; a turntable has been retained from the days when the site was formerly home to a steam locomotive roundhouse. 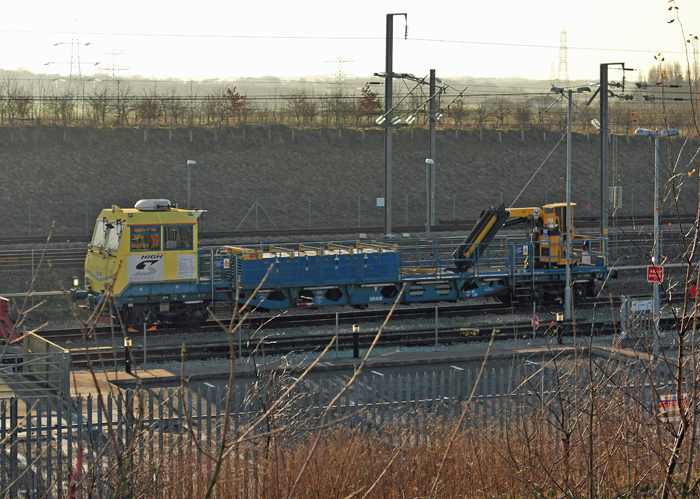 TRAMM No. DX97001 (also known as 001 URS) is seen in the low winter sun, stabled at Singlewell IMD. © David Glasspool