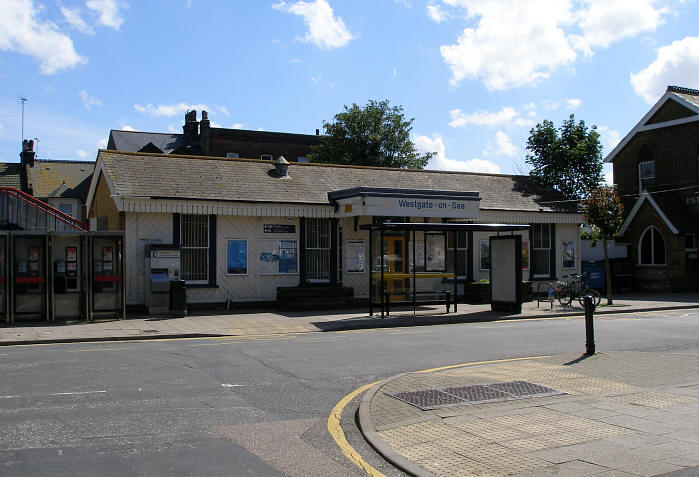 up, and it still retains sash-style frames. The brick wall of the building's eastern elevation can be deciphered on the

left-hand side, and the diagonally-laid timbers are also evident. This 20th June 2007 view confirms that the original

style roof valance is retained, and that the entranceway remains protected by a canopy. David Glasspool 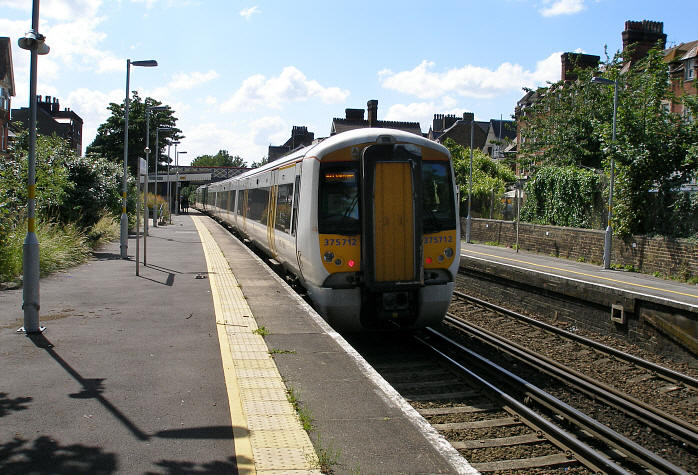 four-vehicle formation would attach to the rear of another Class 375 which had come in from Dover Priory.

This splitting/re-attaching process is also a common occurrence at Ashford, where formations disappear off to

either Dover Priory via Folkestone, or Ramsgate via Canterbury West. In this view, on the extreme right, it is 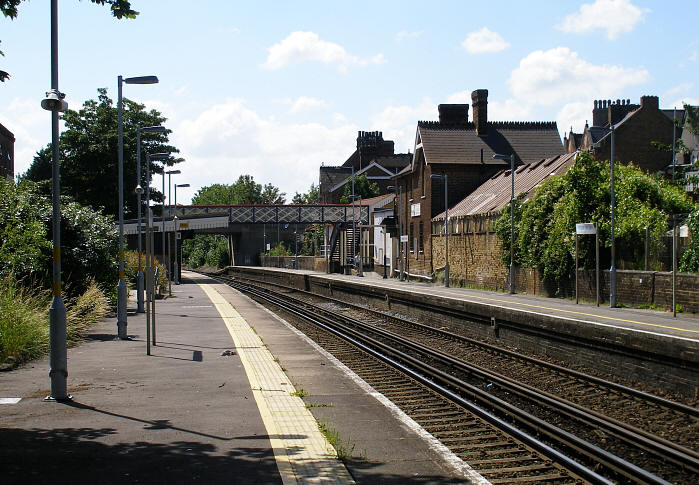 A westward view, also from 20th June 2007, reveals piecemeal platform heightening on the ''down'' side, and

the upward-slanting canopy of the ''up'' side waiting shelter. David Glasspool