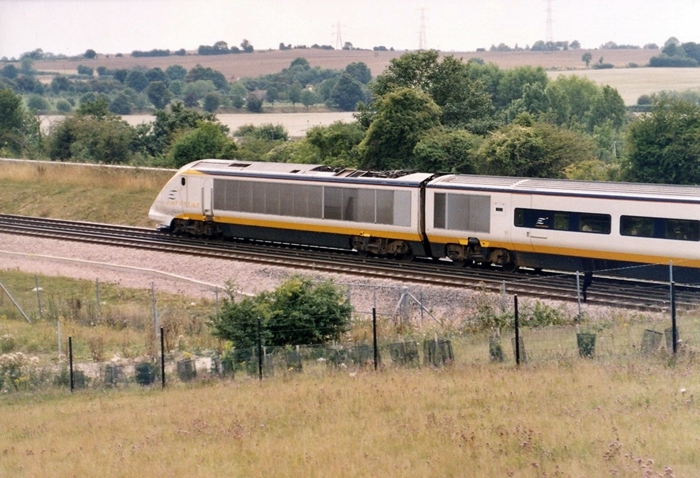 This next view of the trailing power car of another continent-bound service at Fawkham Junction clearly shows the separate bogies in place of articulated couplings. The pantograph closest to the first carriage is used through the tunnel; the other is for Belgium. © David Glasspool 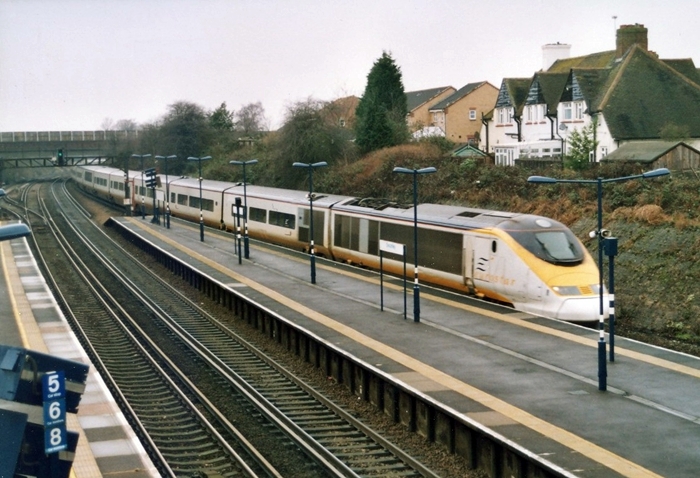 A continent-bound set is seen cruising through a repainted Swanley station on a wet winter's day. As part of the original order process for 31 complete "Three Capitals" sets, a spare power car was also procured, this becoming No. 3999. © David Glasspool 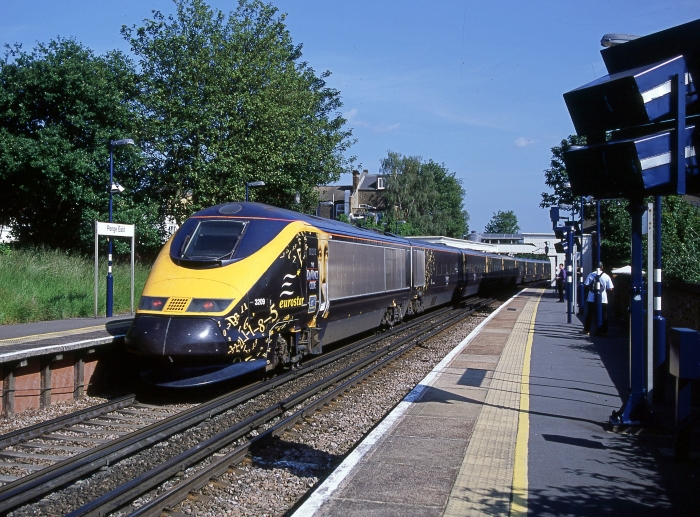 In combination with the release of the film "The Da Vinci Code", half set Nos. 3209 and 3210 had promotional vinyls applied. The train was named "The Da Vinci Code" at a special ceremony at Waterloo International on 16th May 2006; the film's world premiere was in Cannes the following day. The formation is seen here passing through Penge East, continent-bound. © David Glasspool 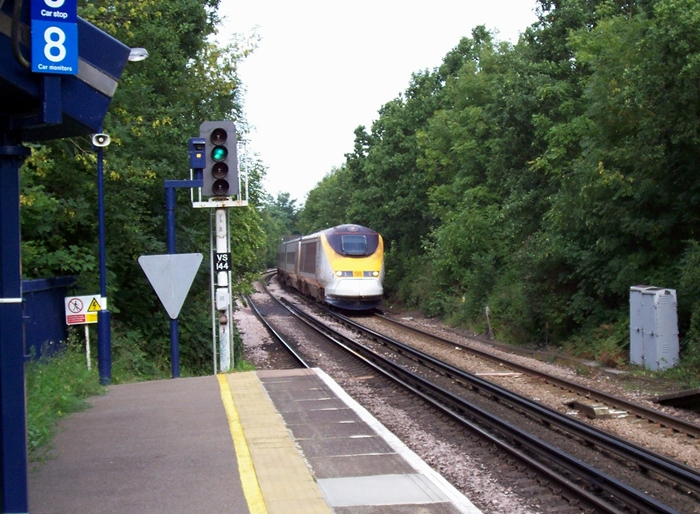 A Eurostar formation is seen approaching the platforms of Sydenham Hill, with a Chunnel-bound working. This route became obsolete for regular working of such services from 14th November 2007. © Tony Parker