Driver training on Section 2 of the Channel Tunnel Rail Link commenced on 20th July 2007, and up to six trains were operating over the route each day by the end of the month. This number was expected to increase as the scheduled opening date of the line drew nearer. 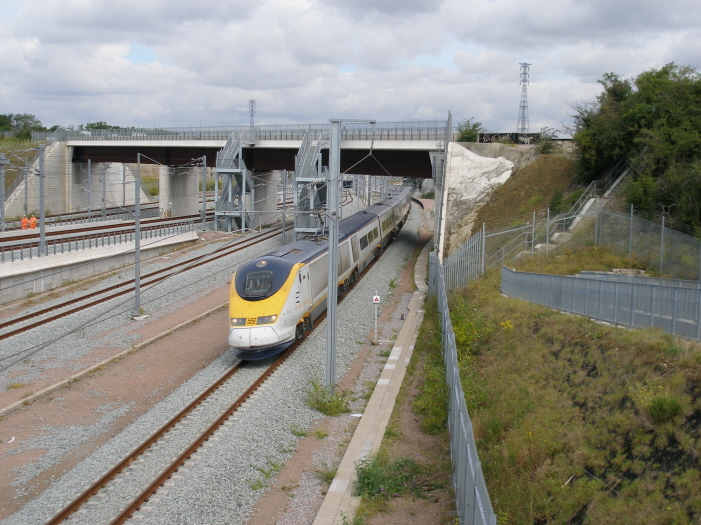 At 10:30, a Chunnel-bound Eurostar is seen cruising under the 9000-tonne bridge which carries the North Kent Line over the CTRL tracks, at Ebbsfleet International. Currently, it appears that only the two lines nearest the camera are being run over. © David Glasspool 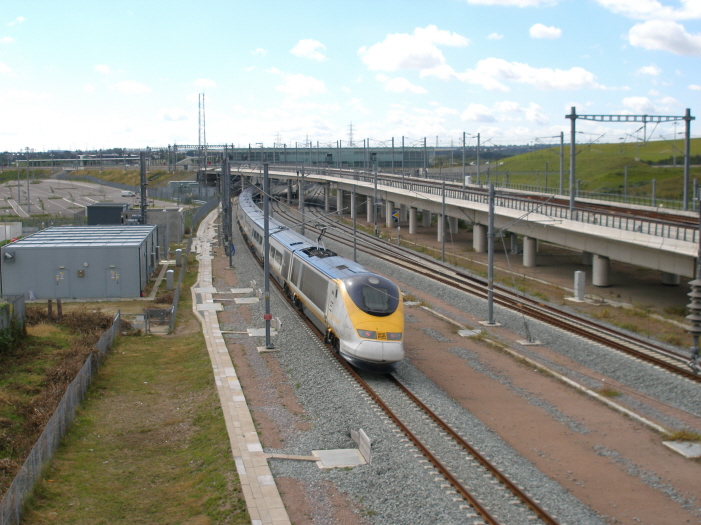 A southbound view reveals the same Eurostar set passing under the elevated domestic line, complete with the international station complex in the background. © David Glasspool