The SER commenced through running between London Bridge and Ashford on 1st December 1842, and this was then followed by an extension of services through to Folkestone on 28th June of the following year. However, at Folkestone, the company had to establish temporary passenger facilities; the desired location of a permanent station resided on the eastern side of the Foord Valley, and to fill the breach, the SER was required to take the route over a viaduct of unprecedented height. A viaduct comprising nineteen arches, the tallest of which towered 100-feet in the air, was erected across the valley in under half a year – a remarkable achievement given the sheer scale of the structure. Trains began running over the viaduct and using a permanent ‘’Folkstone’’ (note the initial lack of a central ‘’e’’) station on 18th December 1843. Strengthened by British Rail by the addition of steel tie rods within the arches, the structure remains as the world's highest arched brick viaduct. It received Grade II Listed status in 1975, and joins Eynsford, Horton Kirby, and even Folkestone Harbour on a list of impressive viaducts on the South Eastern Division. 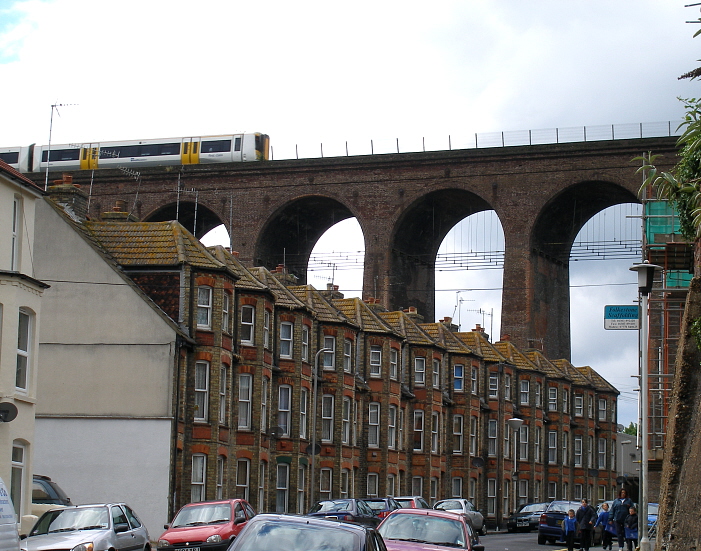 Each viaduct arch is now host to six steel tie rods, and part of the track bed is now equipped with a fence, but these additions do not make the structure any less impressive. A Dover-bound Class 375 flies over the viaduct in a view in which all the structures in evidence are Victorian. © David Glasspool 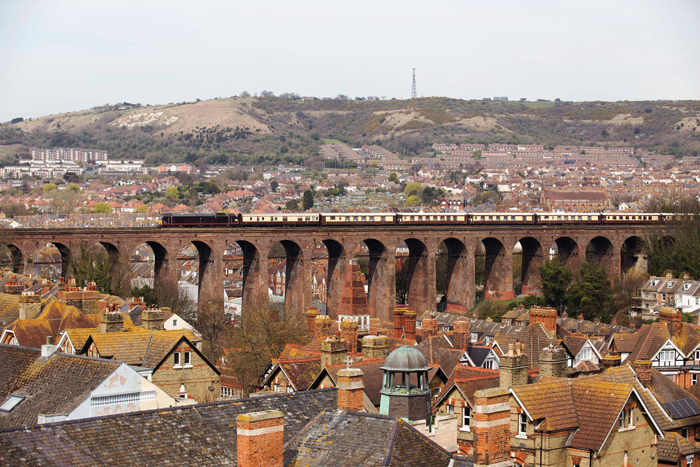 Seventeen of the nineteen arches of the viaduct are visible in this view, which depicts Class 67 No. 67005 "Queen's Messenger" cruising over the structure with empty British Pullman stock in tow. The train had been stabled in the sidings at Folkestone East after forming a VSOE working from Victoria to Folkestone West. It was heading back to the latter to form the return train to London. © Wayne Walsh