On 30th July 1849 the SER’s North Kent Line opened, which took a course from London to Strood via Lewisham, Blackheath, Woolwich, Erith, Dartford, and Gravesend. The G&RR terminus at Denton was replaced by a splendid through station, complete with train sheds, about a mile to the west, in the heart of Gravesend town centre. That at Strood was retained, but change was soon on the horizon. In 1853, the SER received Parliamentary approval to extend the North Kent Line southwards from Strood to meet the 1844-opened Maidstone branch, a distance of 10¾-miles. It was this very Act, signalling the SER’s intention not to pursue a line through the Medway Towns to Faversham and Canterbury, which led to the formation of the ‘’East Kent Railway’’ (EKR) in that year.

The double-track line to Maidstone opened to public traffic on 18th June 1856. This also marked the closure of the G&RR terminus at Strood, for the SER provided a completely new through station on a revised alignment to the west. The former was absorbed into the maze of sidings which appeared around the canal basin at Strood Dock. The old terminus was still extant on maps ten years later, but the buildings were no longer marked by the end of the century, although the lines remained in use as sidings.

The new Strood station was very much one of the SER’s ‘’modest cost’’ affairs, comprising three platforms upon which were buildings of all-timber construction. The main building was situated on the ‘’down’’ side and was an attractive single-storey symmetrical structure. It appears this was the largest wooden building on the original North Kent Line (with perhaps Dartford’s ticket office coming a close second). It stretched for 160-feet along the platform: the main booking hall – flanked on either side by Parcels and Station Master’s offices – jutted out into a separate 65-foot by 25-feet section. Attached to the building was a 150-foot-long flat-roofed timber canopy, for which the SER evidently found it necessary to be frugal on decoration – not even a valance was in evidence. It was very much the same story on the remaining two platforms, which together formed an island. A flat-roofed canopy on wooden supports made for a rather Spartan sight, protection from the wind being afforded in small timber enclosures at the extremities of this structure. Even the platforms, which were linked by a subway, were surfaced with timber in places.

Two signal boxes were initially in evidence here. The first was positioned just beyond the southern end of the island platform, and appears to have been a Steven & Sons design. The second could be found at the northern end of the layout, 135-yards from the tunnel portal, within the fork of the diverging lines between the SER station and former G&RR terminus.

As mentioned previously, the goods sidings were mostly confined to that area around the former canal basin, north of the SER station and where the G&RR terminus was situated. However, a pair of sidings did exist at the southern end of the station, on the ‘’up’’ side of the Maidstone line, feeding off the loop of platform 3. The goods facilities here grew to be extensive – in the early years there were about a dozen sidings north of the station, which served a railway-owned coal depot, the canal basin, and the old terminus. Such are the complicated nature of the lines that they are better illustrated by the photographs on these pages. Needless to say, however, this was once a comprehensive railway layout, which even included an engine shed.

Strood engine shed was brick-built with a slated pitched roof, and comprised a single dead-end track. For over 110 years, this building could be found at the northern extremity of the layout, immediately to the south of the tunnel portal. It appears to date from the opening of the southward extension to Maidstone on 18th June 1856. Attached to the building’s eastern elevation were engine and boiler houses, and a smithy, and resting above these could be found a water tank. An indirect connection was made with the ‘’up’’ line, so access to the shed was made by means of a headshunt. Interestingly, the shed area could only be accessed by engines first proceeding into Strood Tunnel, and after running onto the shed spur, they passed over a 40-foot turntable. Finally, sandwiched in-between the shed’s northern wall and the chalk ridge were three railway cottages.

We now return to the topic of the EKR, which started running its first trains on a double-track line between Faversham and Chatham on 25th January 1858. This was then followed by an extension of the route over the Medway to Strood, where a connection was made with the SER’s North Kent Line. The link, which came into use on 29th March 1858, was in the form of a double-track curve about 16-chains in length, which descended into Strood station. The EKR’s original plan was to run over the SER’s metals to reach the lines of the ‘’West End of London & Crystal Palace Railway’’, providing access to another proposed London terminus (now Victoria). The SER had countered these plans on the grounds of the NKL already being at full capacity. As a result, Strood was temporarily used as an interchange station between EKR and SER services. The former pushed ahead with forging its own line to the capital and on 1st August 1859, the company became the ‘’London Chatham & Dover Railway’’. 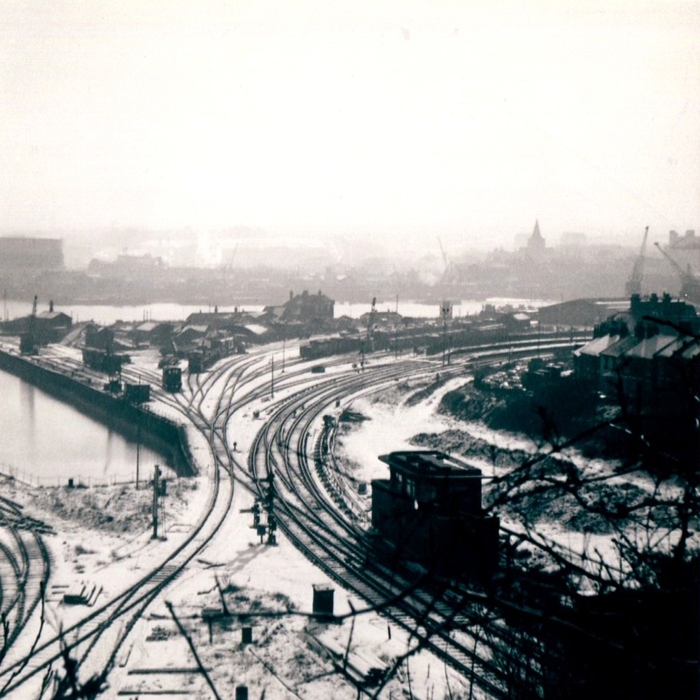 Strood in the snow. A southward overview of the site shows, on the right, the rubble of the then recently demolished former engine shed. The goods sidings alongside the station were packed with what appear to be coal wagons. © Roger Goodrum 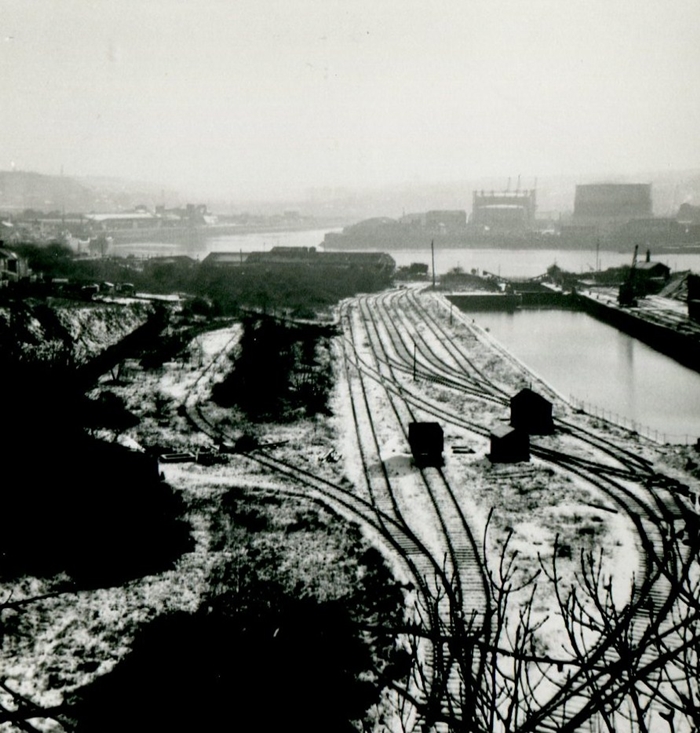 Turning around to the left of the previous view, we can see rails around Strood Dock Basin still in situ, this area having officially closed to traffic in 1962. This photograph was taken immediately before track lifting on this side of the basin took place.  Many moons ago, this was once the site of a large coal depot for the SER. © Roger Goodrum 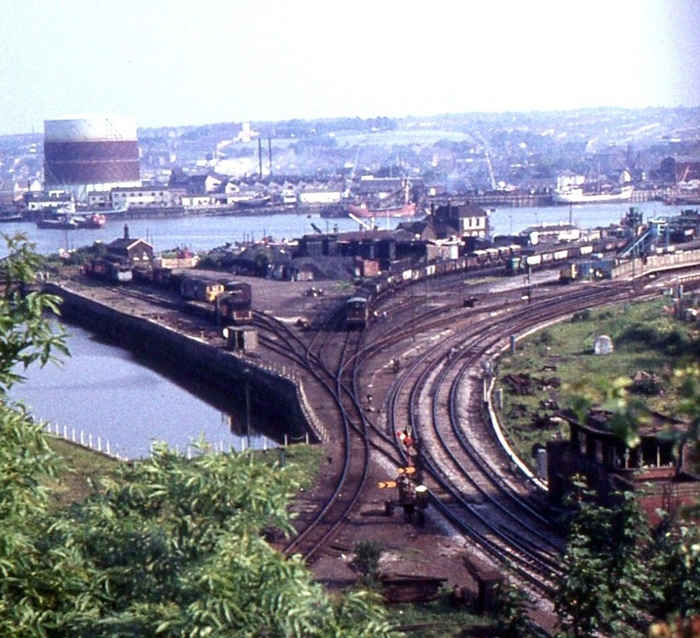 Again upon the chalk ridge, we have the spectacle of two Electro-Diesels, the yard shunter, a plethora of wagons, and the ends of the station's platforms. The original G&RR terminus was formerly situated straight ahead, upon the site occupied by the mounds of coal, just beyond the fork of the diverging goods lines. Note that track lifting has taken place on the left side of the basin. © Roger Goodrum