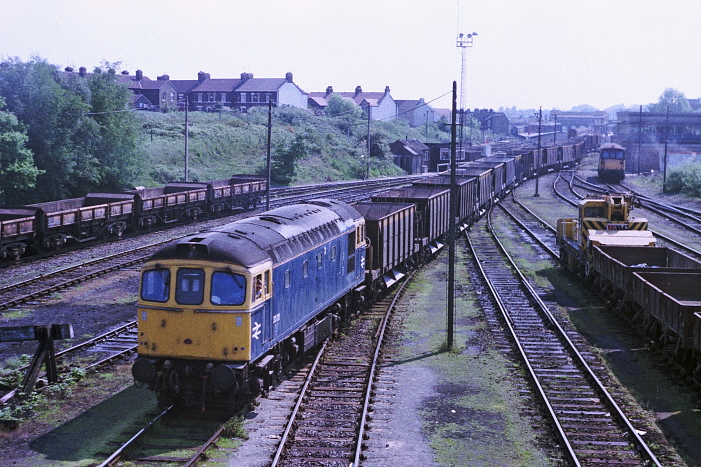 Class 33 No. 33211 is seen trundling into the yard with a string of Civil Engineer hopper wagons. On the right, in the background, can be seen an InterCity-liveried Class 73, and behind this is Tonbridge ''power box''. ©  Treflyn Lloyd-Roberts 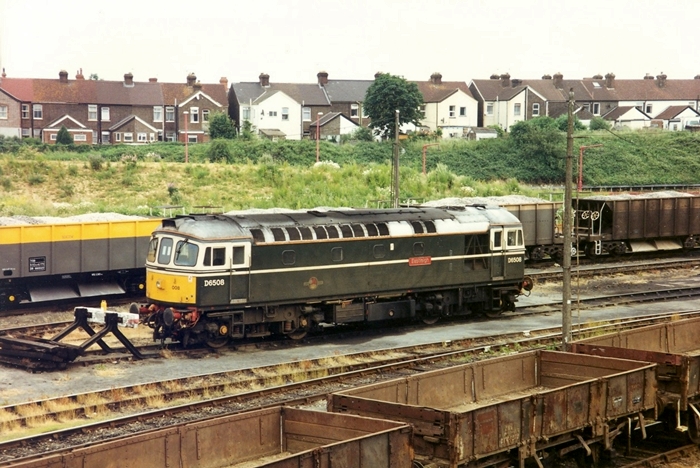 Class 33 No. 33008 was named ''Eastleigh'' on 11th April 1980, and ten years later was repainted into the BR Green scheme it first wore in service, albeit with yellow warning panels. Stabled in Tonbridge West Yard, a plethora of hopper wagons are in evidence, wearing the yellow and grey livery of British Rail's Civil, Mechanical and Electrical Engineers' department. ©  Bob Fairman 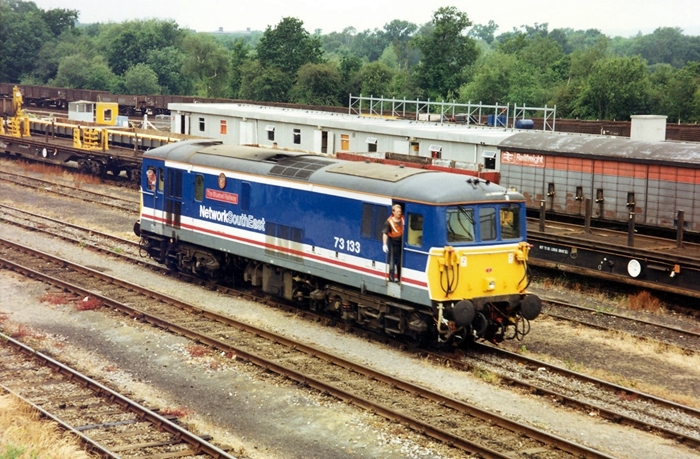 No. 73133 is on the move, passing by the staff offices. No. 73004 carried ''The Bluebell Railway'' title first, having been named by the Vice President of the Bluebell Railway Preservation Society on 19th September 1987, at East Grinstead station. The name was subsequently transferred to No. 73133 in 1990. © Bob Fairman