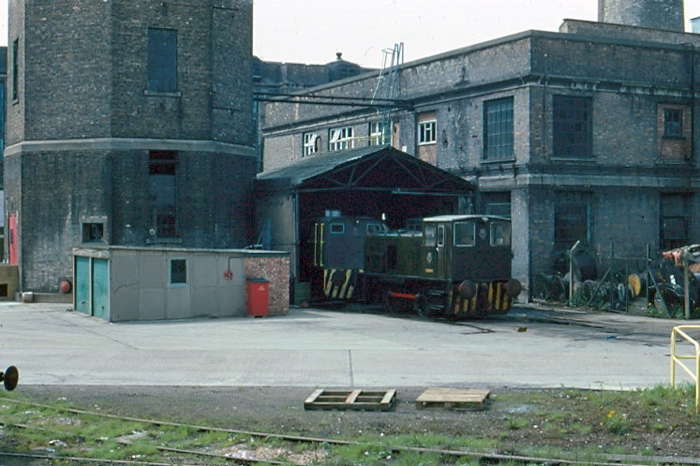 Two of the three Ruston & Hornsby diesel shunters are seen parked at the small two-road engine shed on the eastern side of the paper mill. The engine shed is marked on the track diagram on page 2 above the words "Pumping Station". Indeed, the latter is the large brick octagonal structure to the left of the engine shed in the above photograph. © Tom Burnham 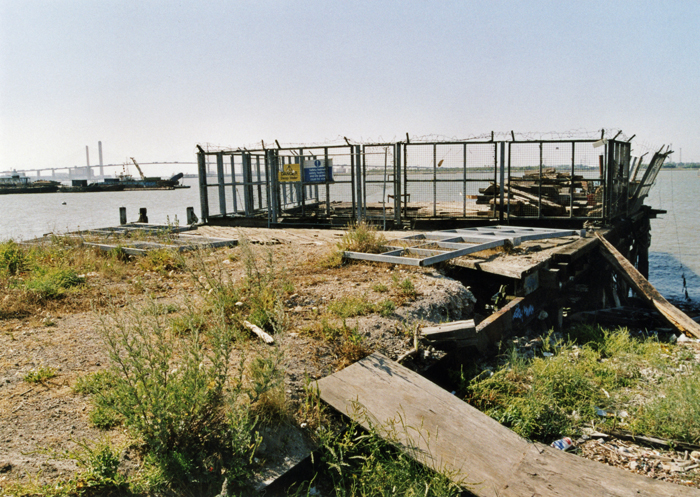 This is all that remained of Ingress Abbey Wharf in summer 2005 - in the previous year, the wharf still extended fully into the Thames, although had lost its eastern arms. Much of the scrap was taken away in barges. © David Glasspool 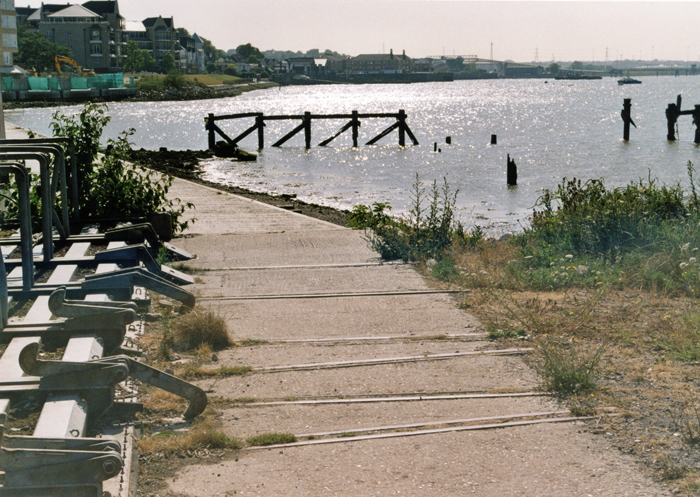 Turning left from the previous photograph, this upstream view shows standard gauge rails set into the concrete and, beyond, the jagged timber remains of the wharf's south western arm. By the following year, all had vanished. © David Glasspool