The Tonbridge to Tunbridge Wells branch has the distinction of opening within weeks of Royal Assent being granted for the line. The SER had commenced building the branch, initially 4 miles and 7 chains in length, in July 1844. Earthworks for cuttings and embankments were extensive, and a notable feat of engineering was a 270-yard-long 26-arch red-brick viaduct, which crossed ''Jackwood Spring Valley'' near the former site of a powder mill. Thus, it was known from the outset as ''Powder Mill Viaduct'', and its construction was not without incident.

The structure was the product of Peter Barlow, brother of St Pancras trainshed engineer William Barlow, who specialised in bridge and tunnel construction. The line was initially to be a single-track affair, but at an advanced stage of construction in April 1845, the decision was taken to make the route double-track throughout. By this time, the viaduct had already been completed, thus an extension of the piers and arches was made to one side, taking the structure to an absolute width of 28-foot, with 23-foot 2-inches between parapets. On the afternoon of 31st May 1845, during widening works, the six arches at the Tonbridge end of the viaduct collapsed. The piers which had been supporting them, however, remained standing, and avoided damage. It was noted that at the time of the collapse, the arches had already been secured in place by keystones. The construction of the arches had taken place in prolonged and heavy rain, and it was reported that these conditions were partly to blame for the mortar not setting properly. The lime mortar itself was a local product, made of grey chalk sourced from the cliffs between Dover and Folkestone. The other twenty arches were robust and remained standing; although built using the same mortar, these arches had been constructed in much better weather. The collapsed arches were subsequently rebuilt with brick and cement, and on 19th September 1845, the viaduct was declared fit for use by Major-General Pasley of the Board of Trade; the line opened to traffic the following day. The arches are of 24-foot span and the viaduct rises to a height of 40-foot. 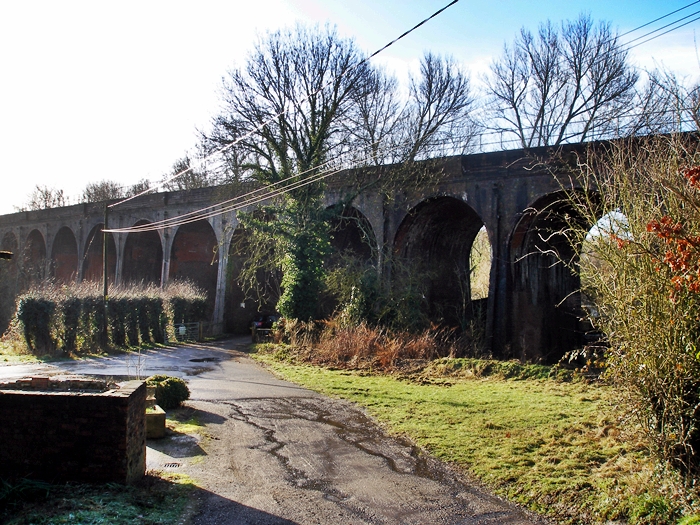 The viaduct is now Grade II Listed and spans a picturesque valley. The original Board of Trade report, published

the day the line opened, notes that this viaduct was built with 26-arches, but much later publications suggest that

there are thirty! David Glasspool 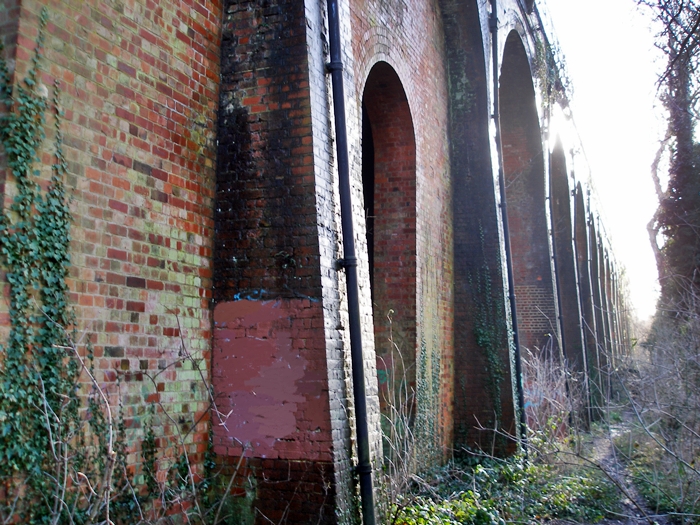 A number of the arches which collapsed during construction were rebuilt with supporting brick jacks, as seen